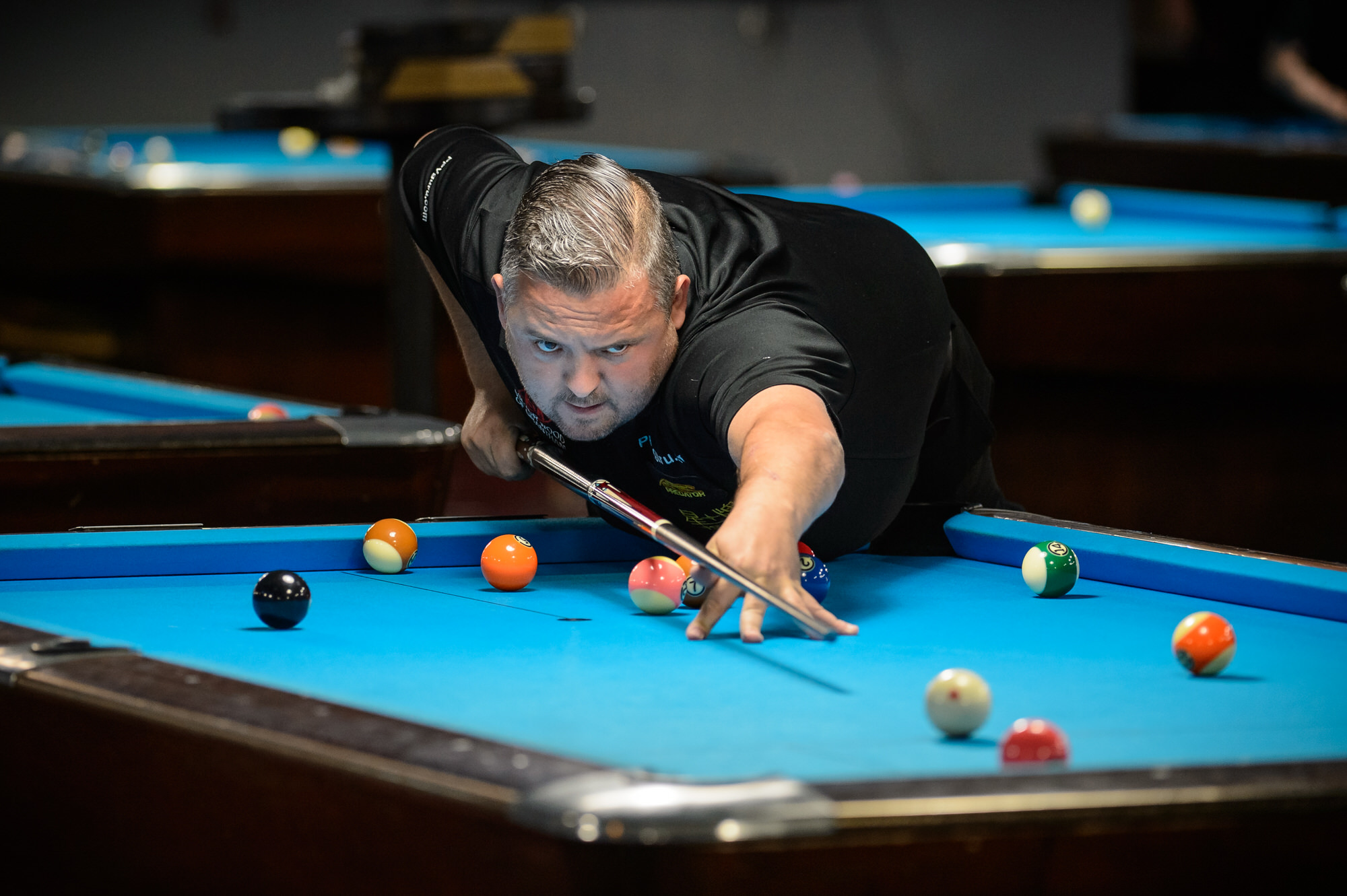 Was there a moment when you made a decision to become a professional cue sports player?

I was quite fortunate because my mother and father bought me a table when I was 9 years old and I started practicing on that every day after school. From 3:30 til 9 or 10 o’clock every day. My dad used to take me to the local pub on a Saturday afternoon while my mom did the shopping and I used to just play in there for hours.

One day we played like a mini tournament in the club and my next-door neighbor was in there and, as I said I was only 9 or 10 years old, and then he said would you like to come to the local snooker club with me and we could have a game a snooker. Within two or three weeks of playing there I’ve made a 68 break on a full-size table, so I thought well maybe I can play this game a little bit. My parents signed me up for the local pool team and snooker team, and I started playing more.

Then a guy offered to sponsor me on the junior English pool tour, so I played in that and I actually won the English Junior Championships and the World Junior Championships and then lost in the European junior finals. I basically started playing on the professional tour English 8-ball when it was 15 or 16. I played more events more tournaments and ever since I made a living from it.

Would you attribute your success in 8 ball pool to your ability to pot balls on a snooker table?

I think it definitely helps with the potting because a long pot on the pool table then becomes basically a black off the spot, so you shouldn’t really miss one of them. When I was younger I used to think long shots on pool tables were hangers basically, but obviously the more you play it again the more the tactics become involved and there’s a lot more to it than just potting balls. The more you play the more you get to respect it and you realize it’s not as easy as you first thought.

Obviously these days there are just so many great players that you’re more cautious. You start to get battle scars where you lose a lot of close games. When you’re young, you don’t fear anything you know nobody scares you. I can remember when I used to hang around in the local park when I was a kid and climb trees and mess about and I was never scared of heights until I fell out of a tree and I broke my wrist. These days I’ll be on a ladder and some of that fear will creep back in because I know what the consequences can be.

That’s probably a little bit like pool – growing up thinking ‘well I’m not scared of anybody I don’t care how good they are’ and after enough experiences, I can start to play more defensively.

Can you recall a particularly impactful moment from a match that changed how you approach pool?

Yeah, I was 19 years old and I got to the semi-final of the world eight ball championships in England and I was one of the favourites to win even though I had not done a massive amount in the game. I was playing well and I was beating everybody badly and I went into the semi-final thinking well there’s nobody gonna beat me.

Well that game I got beat through partly my own fault and partly because my opponent played well.I learned a lot. Obviously you need confidence and a little bit of arrogance as well, but if you try to intimidate opponents and they don’t get intimidated, you’d better have an answer for that. I didn’t and it cost me the match. 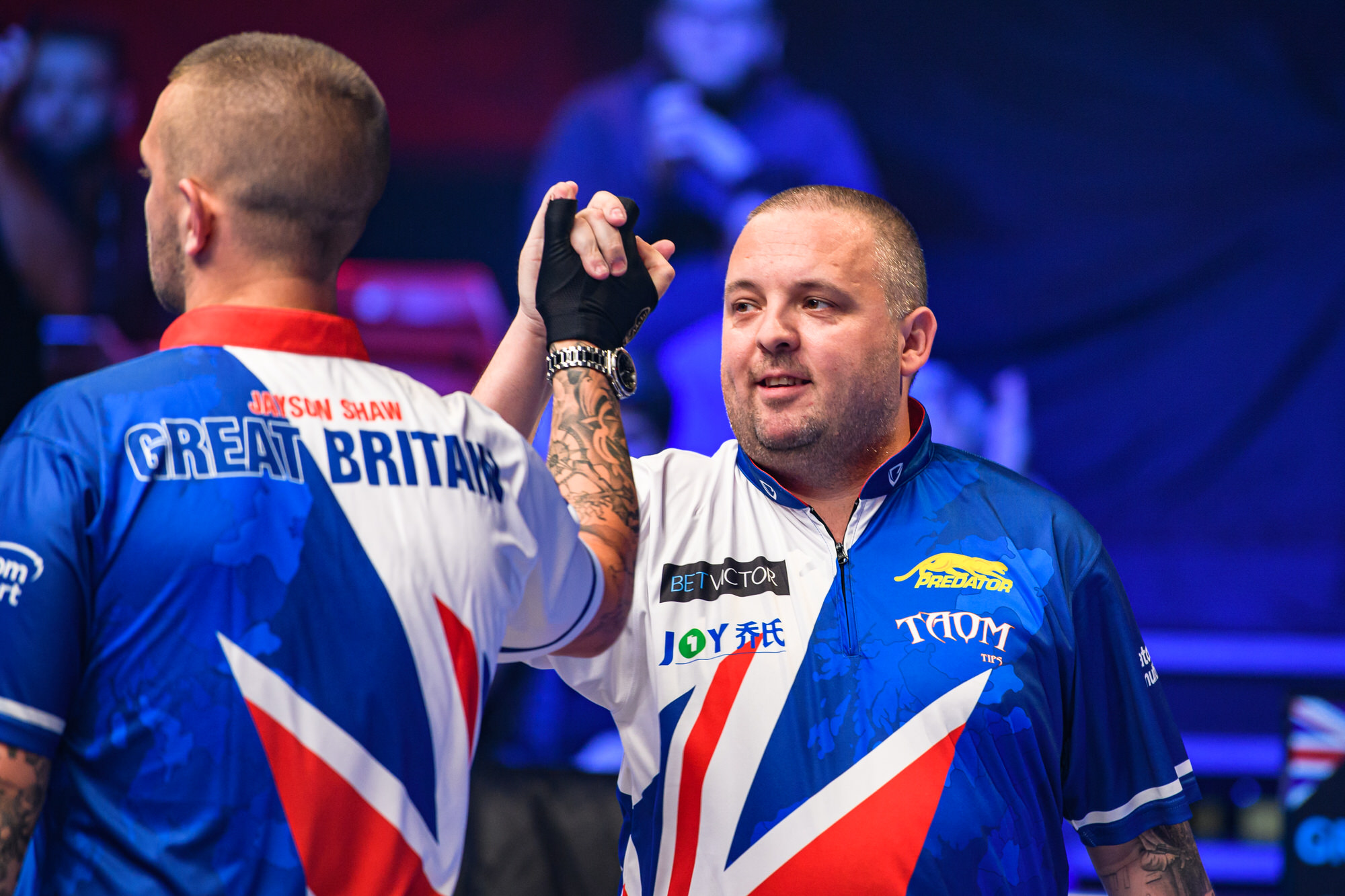 What are your goals for the next few years?

My goal is to try and win a world title whether that be nine ball, ten ball, or eight ball. I’ve come close in all three but never clinched. Even though a lot of people probably might not put me up there as one of the top 10 or even top 20 players, I’ve come very close to winning and I think I can do it.

I lost a world 8 ball title because I couldn’t figure the break out, I lost a world ten ball when that was in the Philippines because I just couldn’t close it out. I have some wins under my belt, the China Open and the Derby, but I’d really like to go for the big one.

What are some ways in which you prepare for a big tournament (both training and rituals the day of the match)?

I go to a local Snooker Club I like to practice at, but I don’t do too much. I practice kicking because I think that’s one of the most important parts of pool and over the past probably two or three years I would say I’ve learned a lot. Obviously there is a little bit of luck involved but you can’t keep making it just on luck, you’ve got to practice kicking a lot to get good.

I also try to practice my break. I don’t really practice the potting side of the game mainly because that’s my strongest part.

As far as rituals, I go to tournaments with Jason and Darren. I’m really close with Jason. I practice with Jason in New York and then we go to tournaments and we just hang out together and we have a laugh and anybody who knows us knows we’re just two comedians really. We don’t take life too seriously and we don’t take the game too seriously. We just get on with it and we have a laugh with it and are enjoying it which i think is the main part.

Jason puts a lot of work in to be fair. And it works as out as probably anybody knows. Along with Shane and Darren, no one should be surprised that they win a lot of tournaments, they work so hard. But we like to make fun of each other and rip each other to pieces.

Recently we was in Las Vegas and we do this thing called credit card roulette where basically it’s me Jason and Darren, we basically get our credit cards out and turn them over and we get the waiter or the waitress to pick a card. Whoever she picks has to pay for the meal, so obviously you don’t want your card picked. We kept setting Darren up by pushing his card out in the middle and he didn’t realize that so Darren kept paying for everything. I don’t think I had to pay for a group meal in about six months. We have fun.

Can you recall the moment you are most proud of?

I would say my proudest moment in pool was in 2010. My mother had just got diagnosed with the lung cancer and brain cancer and I was very close to my mom and dad so it was a terrible time.

I went to the China Open, but obviously my mind was all over the place. I couldn’t concentrate, I couldn’t think, but I ended up winning the tournament. My mother passed away a couple of weeks after that happened and I was devastated by the loss. Even though I qualified for the Mosconi Cup that year, I struggled a bit mentally because my head wasn’t right.

That year within four months I’ve lost my mother, I’ve lost my best friend in a car crash, my dog had died, a manager and a sponsor died in front of me due to a heart attack, my world was kind of falling apart. 2010 was a terrible year.

I was playing in the Mosconi Cup that December, and the captain took me and the other players to one side and we talked about the events of the year. Everyone in the room was crying and I just thought “You know these guys are crying for me tonight. They’re being true friends and we’re all in this together as a true team.” I hadn’t felt that kind of camaraderie before and we ended up winning the Mosconi Cup, which was an amazing boost for me. 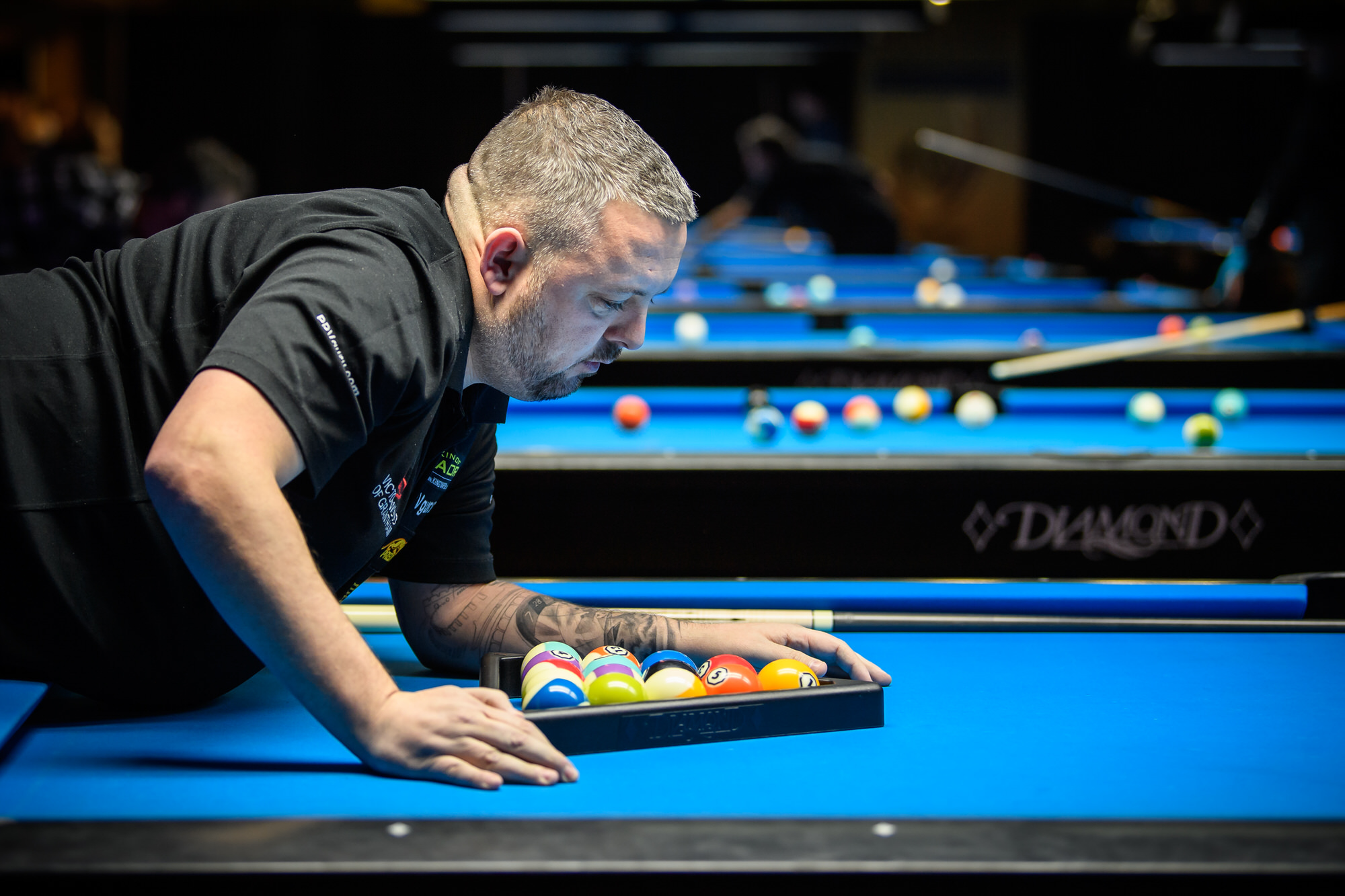 Can you recall the moment you are least proud of? A moment that if you could erase it from from your pool career you would love to do that?

Yeah, definitely. The least proud moment was losing in the final of the World Chinese eight ball championships.

I was 10-4 up at one point and then 19-15 in a race to 21 with $100,000 for the winner. I had an eight ball into the corner which was very makeable and I got down on the shot and a cameraman flashed his camera right in front of my eyes. I mean it was literally about eight feet away from and as he’s he’s flashed I was on my backswing.

Because of my experience I should have known to get back up, but I didn’t. I ended up missing it and it really got to me so I ended up losing the match 21-19. That was one to forget.

What advice would you give to someone who wanted to take their game to the next level?

Well if I’m speaking to someone who’s in their 20s, I would say practice as much as possible by more importantly, to play as many tournaments as possible. Experience is critical if you’re trying to get to a really top tier level.

If I was speaking to a really young person, my advice would be practice as much as you can but also do your schoolwork. You can practice after school and don’t be too disheartened if you lose. Set yourself a reasonable target and don’t set them too high. If you can set a targets like, ‘beat a certain player whose better than you,’ you can have a ladder of players and you can go up and up and up. Trying to beat someone whose obviously miles better is going to be tough, and you should focus on learning every time you lose.

Josh Filler did the same and the same with Darren. You want to go through stages where you keep winning and winning and winning but the nature of the game doesn’t allow you to keep winning so I don’t be too disheartened. Just try to stay away from negative people and stay away from the critics and just stay focused on what you want to do. To me, setting reasonable goals and trying to achieve them is success.