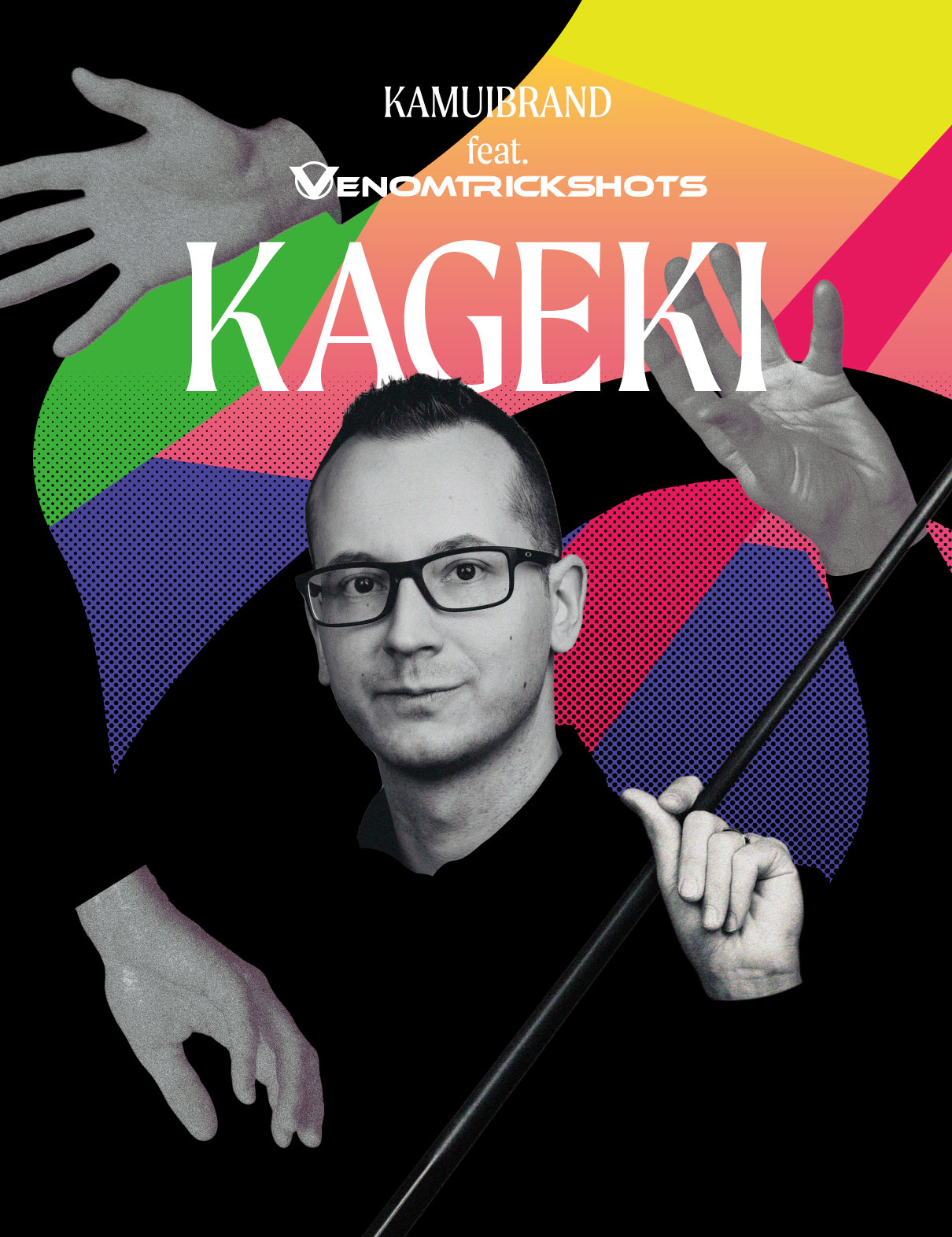 People will use a jump cue for jumps, different tips for different style of play but nobody every thought about using one type of chalk for just the extreme shots and that is exactly what Kageki is.

This is not your every day chalk, not your every shot chalk. This is a weapon you pull out of your cue case when you have a close hit, a masse, a jump or an extreme shot to make and you simply can’t afford to miscue! This chalk is very ‘grippy’ and spread beautifully on the tip.

The goal with Kageki is simply for people to carry it as a secret weapon that would boost confidence and help get that extra spin when in counts! 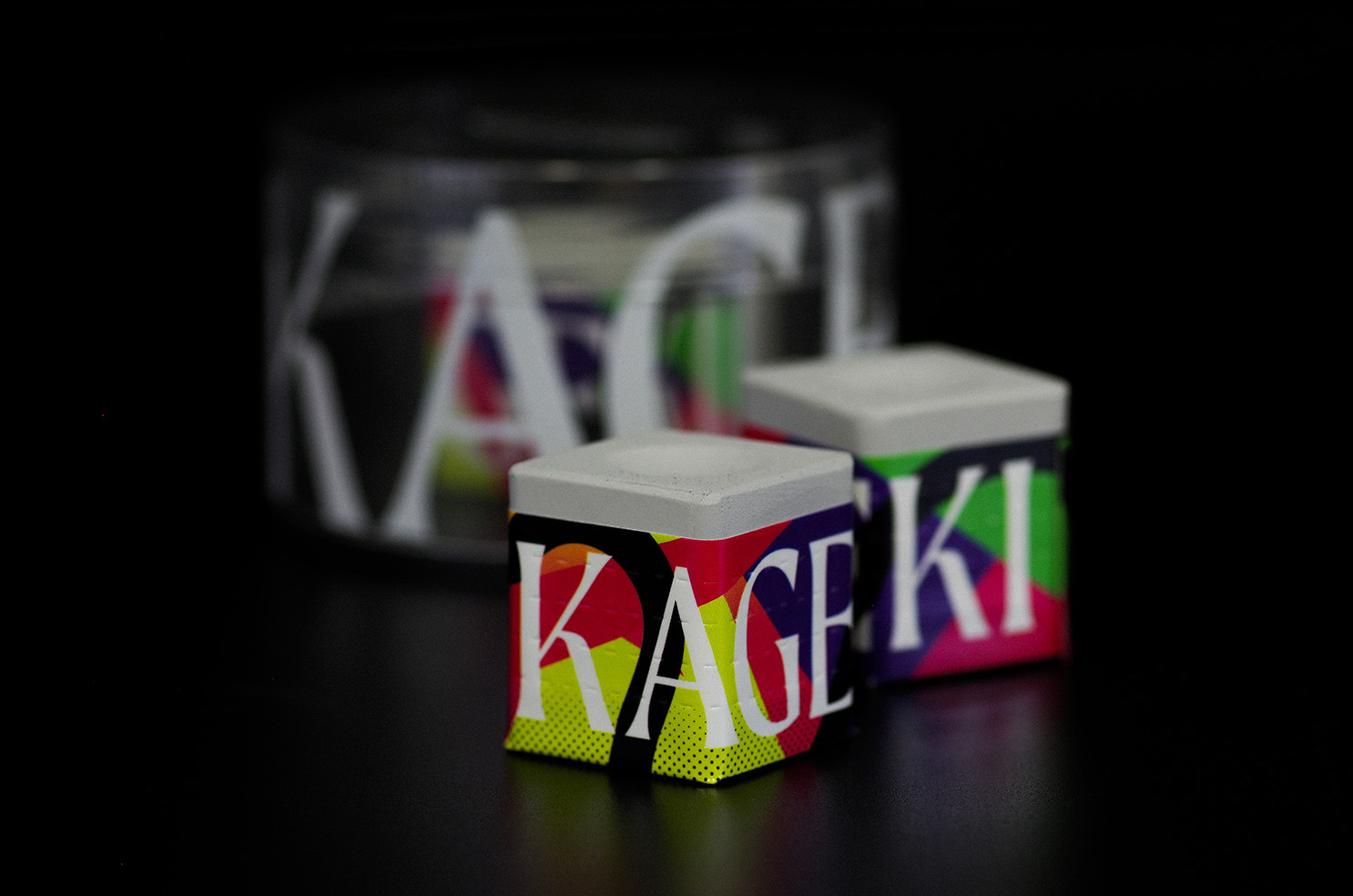 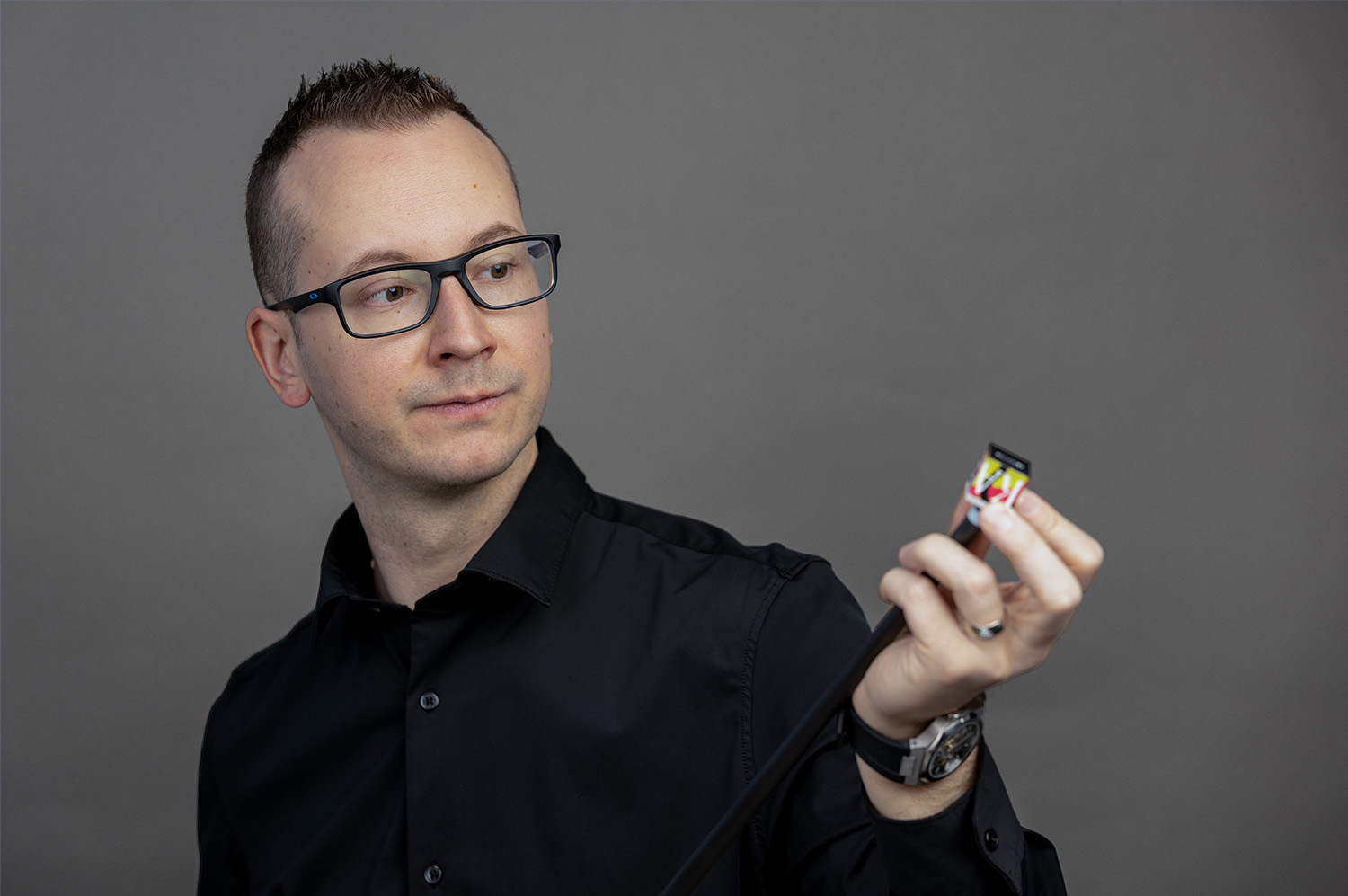 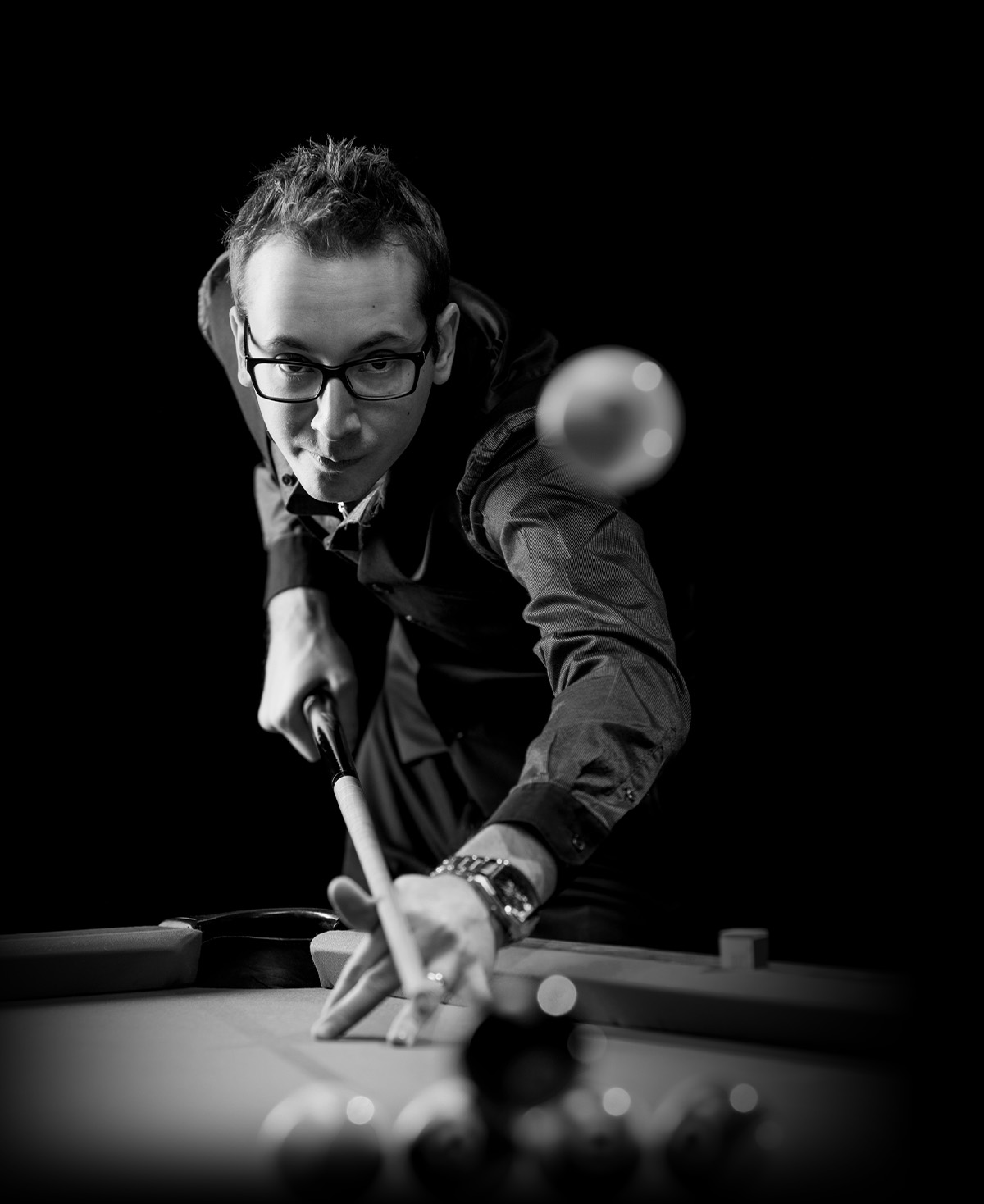 ― What did you request to KAMUI for the new chalk, when the collaboration was sealed?

I pretty much requested the impossible which was trying to make a chalk better than the 1.21… I wanted something with more grip, something that wasn’t as ‘dirty’ and left less marks on the cue ball. Basically something that would help me gain an edge to create more extreme tricks!

― As a artistic pool player, what do you require for a chalk?

In one word? The best!! To expand a little I would say foremost is grip. In trick shots we always look for the limits and a good chalk could make a world of difference in a championship between a miscue and a winning shot. A great chalk will also expand the field of possibilties and help me create more extreme shots!

― You’ve been using Beta chalk for a long time. What is good about the chalk?

You are correct. I believe I was one of the first one to use the Kamui chalk and to this day still believe this is one of the best chalk on the market.

It really provides superior grip and allows me to minimize miscues in a way no other chalk can provide. I have tested lots of different chalks and really Kamui is simply the superior product! 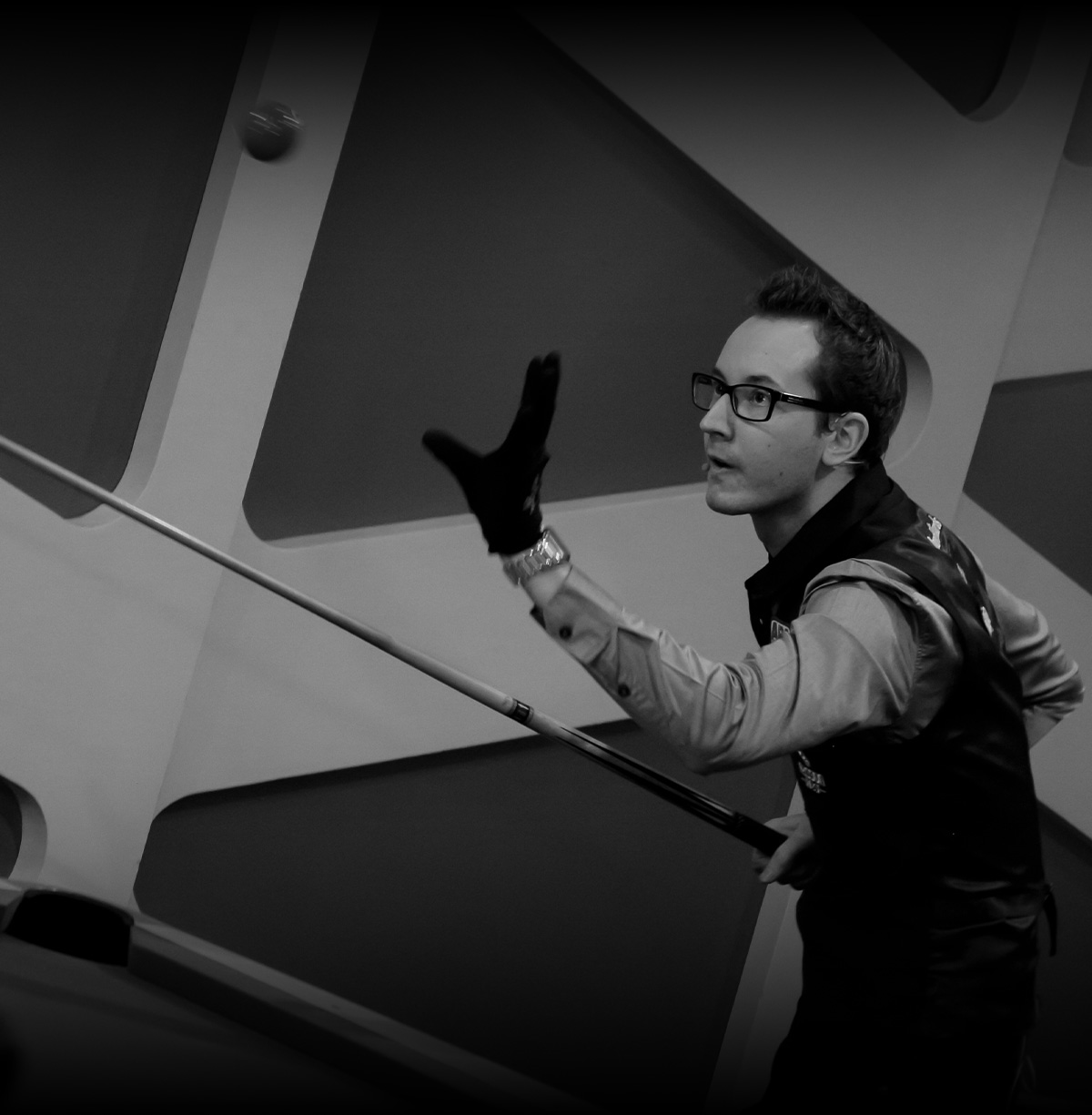 ― You are one of the most wellknown artistic pool player around the world, and people love your youtube channel. What motivate you to keep doing?

This is a very interesting question. Sometimes I wonder the same but at the end of the day I really have a deep love for the game and absolutely love creating new trick shots! I have to say it is also very motivating to see so many youger people starting trick shots as well!

― You also run APA Vegas. What brought you there? Can you describe about it?

Before buying the league I have been working with APA for many years so it was kind of a natural evolution and always in the back of my head. When the opportunity to buy the Las Vegas franchise came about I simply couldn’t say no to it.

I do have to admit while I thought this would be an easy ‘side job’ it really isn’t. It truly takes maximum commitment and long hours to ensure the proper functionment of the league. We also grew the league quite a bit and are now taking care of over 850 pool players just in the greater Las Vegas area.

The end goal there really is to grow the league as much as possible and have more than 1,000 people involved to also grow the game of pool in general.

― Billiard is a life time sport. What is your goal?

I believe since the beginning of my career the goal has always been to promote the game to as many people as possible.

15 years later I feel like I really made an impact and it really is an awesome feeling! At this point of my career I feel like the next step would simply be to keep working in order to establish a long lasting legacy in the sport and overtime even transcend just the sport of pool.

― Ever thought about attending 9 ball or 10 ball tournament recently?

It is something that is always in my mind. I know there is this sort of legend where people debate if I can run racks or not… Long answer short is yes, I can play pretty good ‘normal pool’ however due my competitive nature and let’s be honest my reputation I can’t just enter a tournament to have fun.

Any tournament I would play in I would have to be in a position of winning it and if that’s not the case I feel like there would be more downside than upside.

Also I truly believe the current level in pro pool is the highest it’s ever been so it would take me lots of practice to reach an acceptable level and that is time I simply do not have. Keep in mind I am posting trick shots every day and running 4 different companies…